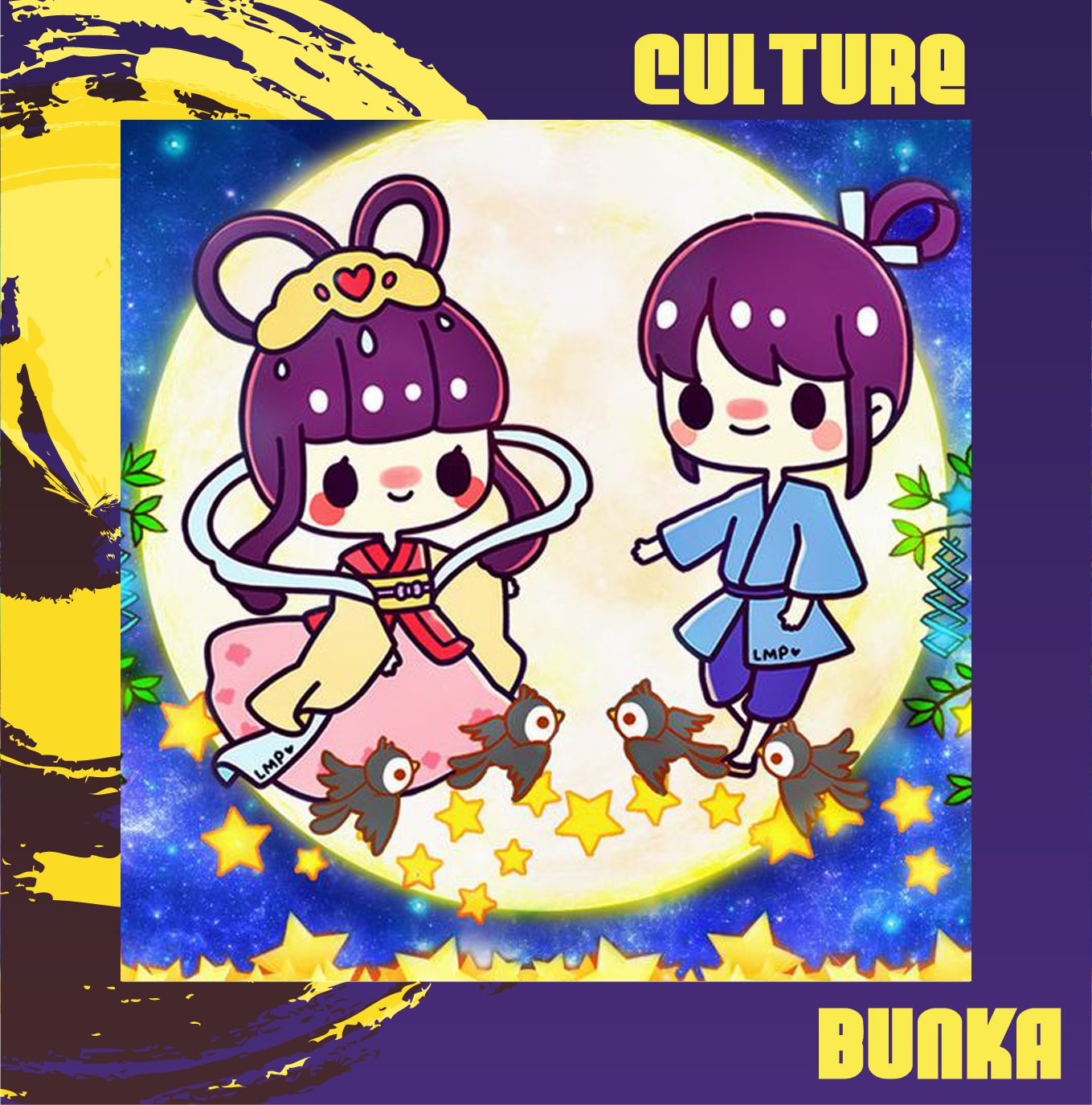 On 07/07, in Tokyo, and throughout Japan, it was Tanabata (七夕 節), the feast of the stars, the seventh night of the seventh month. Unfortunately this year, there was no matsuri (festival) to celebrate the meeting of the goddess Orihime (織 姫) and the man Hiko-boshi (彦 星). The Milky Way, a river of stars that crosses the sky, separates the two lovers, and they are allowed to meet only once a year on this very special day.

Here is a brief summary of the legend: From a Chinese legend, it is the love story between a weaver goddess and a herdsman (man who keeps the oxen). Out of love for him, the goddess fled from the world of the Gods, married him and gave him two children (a girl and a boy). The mother of the goddess eventually found her daughter and brought her back to the celestial world. Ready to do anything to stop the herdsman, determined to find his wife even in the celestial kingdom, the gods separate the two worlds by an impassable river, the Milky Way. Faced with the perpetual sadness of the goddess on one side, and of the herdsman and her children on the other, the gods allow them to see each other once a year.

The Japanese people celebrate this holiday by wearing a yukata (a summer kimono) and decorating a tree with bamboo leaves. On a tanzaku (a sheet for vertical writing), they write their vows, and hang them on the leaves of the decorated tree. Legend claims that Orihime and Hikoboshi will make wishes come true. After being decorated, around midnight or the next day the tree is thrown into a river or burnt to make the wishes come true.

And you, what would be your wish for this magnificent celebration? Please feel free to respond in the comments.